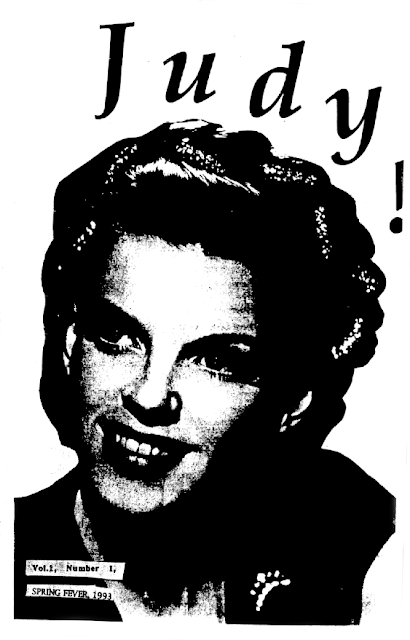 Judy. The Ramones claimed she was a runt, a juvenile delinquent who went with a punk called Jackie down to San Francisco and joined the infamous

Judy. Not sure if she's the same girl, possibly her at an earlier stage of her life, but according to Vista Blue, she's a narcissistic heartbreaker. You might think she's the hottest chick in school but give her a wide bearth.

Another month, another song from Vista Blue. This time around Mike and co have released an ep titled ...And You Have A Pizza. Eschewing their usual baseball themed tropes, this time around it's 6 power pop tunes about girls and relationships. The kind of songs Mike wrote for his previous bands The Loblaws and The Robinsons. There's even a cover of the Beach Boys' classic It's Ok on there. But as soon as I saw one of the songs was about Judy, that was always going to be the highlight.

Snap it up here :

Don't Go Out With Judy (She'll Break Your Heart)...