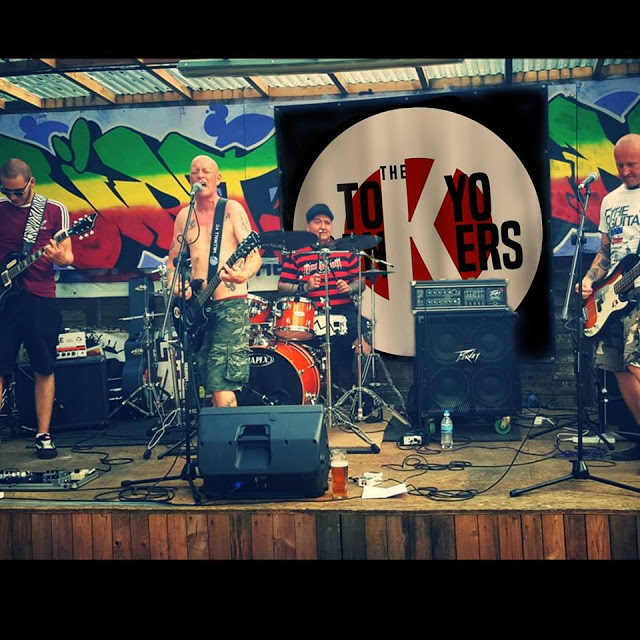 Here's another band that got a couple of plays on the Just Some Punk Songs show last year but weren't featured on here.Today I'll post the

video they released last month from their latest album.

The Tokyo Rankers are Spud (vocals/guitar), Dario (drums), Jimmy (bass) and Krystian (guitar). They're Peterborough's only street punk and oi band. They formed in 2016 and released their debut album Don't Get Me Started on Evil Records https://www.evilrecords.org/press-uk-tokyo-rankers

If you're a fan of singalong working class punk anthems then you're possibly already familiar with the band, if they've passed you by then the 14 tracks on Don't Get Me Started will be right up your street. You'll also have plenty of chances to catch them playing live around Britain throughout 2019. 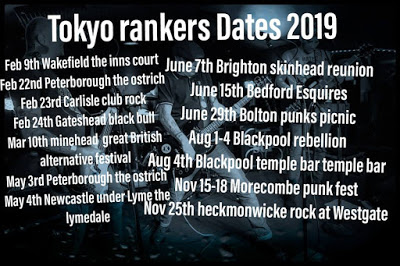 This is one of the more mid paced tracks from the album, it's an observation of the people around the band, people stuck in a rut surviving day to day with no real change in their lifestyles. The line between being ok and being thrown on the scrapheap seeming to be narrower than ever. This is Ordinary People...