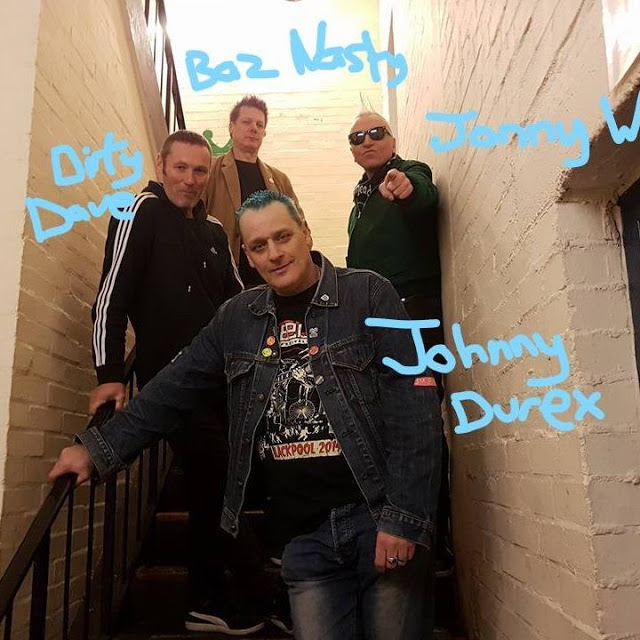 "Not to be confused with any other shitty band" The Deckchairs are the original 1980's punk band from Reading. Last year they released a new album

titled UP YOURS and I'll be posting a song from it today. No Bandcamp link that I can find but you can check out the album on Spotify https://open.spotify.com/album/3ZET7OH4ifF667ePeZQB68

It's also available from their site : https://www.thedeckchairs.co.uk/

The line up of the band is Johnny Durex (vocals), Baz Nasty (guitar), Dave (bass) and Jonny Wah Wah (drums). Their sound is unapoligetically old school punk rock and no doubt they'll go down a storm with the punters when they play the Rebellion Festival in August. You can find more info on them here : https://www.facebook.com/TheDeckchairs/

This video is "a nostalgic look back at the greatest decade ever." The song references staples of that era such as Linda Lovelace, The Sweeney, Huggy Bear, Jimmy Savile, Double Diamond, Curly wurlys and Chopper bikes. It's called 1970's and it's a blast (from the past)...