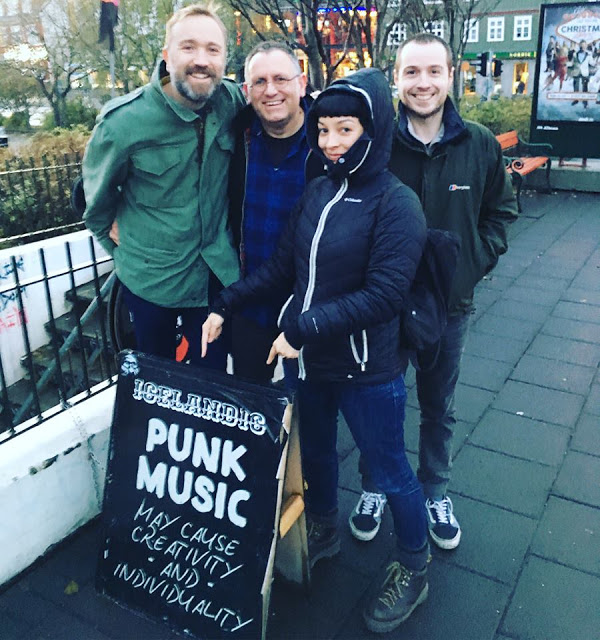 Another guest review for you today, this time around it's by Stefan Ball who's the vocalist with Reading band Who Killed Nancy Johnson? https://www.facebook.com/WhoKilledNancyJohnson/
https://wknancyj.bandcamp.com/

Stefan has reviewed the new album from highly rated Yorkshire hardcore punks Natterers. The album is called Head In Threatening Attitude and it's been picking up some rave reviews. Here's another...

Head in Threatening Attitude by Natterers

£6 digital on Bandcamp, £10 vinyl and £7.50 CD from bosstuneage.bigcartel.com; cassette from Raise the Curtain Records

The first album from Yorkshire band Natterers is a bit of an event. It's been two years since the demo came out, and a year since the brilliant Toxic Care 7" EP. That's plenty of time for personnel changes and musical development. So, what's new?

Quite a lot. On the personnel front, the album features a new rhythm section in Rob Bewick and Dave Allen - who between them have a long pedigree including playing together for Vorhees and separately in bands like Leatherface and Young Conservatives.

And on the musical side, Natterers reveal a greater complexity and depth. The six tracks on Toxic Care were all busy, frenetic, surf-laced, shouty and short. Head in Threatening Attitude has all that, of course - not least a re-recording of "Defiant (again)", which featured on the 2016 demo. But there's more light and shade in the pacing. "Dead Men Can't Catcall" in particular comes in on a kind of louche Cramps-style lurch that is - whisper it - slow.

More light and shade in the vocals, too. Emma can still yell with the best of them, but on tracks like "Not Long Left Now" she shows she can handle melody, while the weary anger and contempt in the delivery of the aforementioned "Dead Men Can't Catcall" fits the song and the message perfectly.

As for Thomas, whose guitar lines - a sort of Dick Dale on speed - are so much a part of the sound, he flourishes in the longer format. Surf remains his key influence, and he lets it rip on tracks like "Germs and Creeps" and the closing instrumental, "Theme Song". But he can do a mean Rezillos chord riff ("Not Long Left Now") and play classic punk guitar ("So Much More"), while the album opens with five power chords that Malcolm Young would have been proud of ("Power Tripping").

Throughout the record, the band as a whole and the members of it always sound like themselves, even though each song is different in structure, attack and timing. "Long-awaited debut album" says the advertising. It's been worth the wait: Head in Threatening Attitude is a brilliant record.

This is Not Long Left Now...
Author: Mick Fletcher