Nasty Rumours - Straight To Your Heart 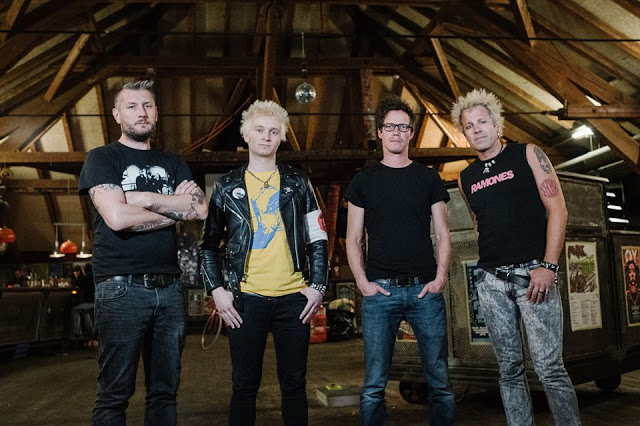 (pic by Alain Schenk from soundphoto.ch)

reading this after it's been on then you'll have to listen on one of the various stations it airs on or wait till next Monday for it to be saved to Mixcloud. There's a great playlist featuring some of the best new punk releases around and it'll include a (different) song by the band I'm posting today.

Nasty Rumours are from Bern, Switzerland and previously featured on here almost exactly 2 years ago https://justsomepunksongs.blogspot.com/2016/10/nasty-rumours-because-of-you.html

Since then they've released a Singles album which (as the title suggests) gathered together their singles and now they've returned with brand new album, Straight To Your Heart. It's available on 12" red/black splatter vinyl from Wanda Records as well as digitally here :

">
Think Buzzcocks, The Boys, The Briefs, Cyanide Pills etc and it'll give you an idea of their '77 punk meets power pop sound. The album features 11 catchy tracks and comes highly recommended. As you'd expect, their Singles compilation was pretty damn awesome, jam packed as it was with songs that would have stormed the charts in a more just time and place. What is even more awesome though is that Straight To Your Heart comfortably matches it for top quality, highly addictive punk tunes. This is a band that doesn't release duds.

They're currently touring round Europe and you can get details here : https://www.facebook.com/nastyrumours/

This is the title track, it's called Straight To Your Heart...

When I’m gone you feel so lonely
You’re sinking fast when you’re not with me
You look at my picture every day
Hey love, I’m on my way

I got a one way ticket straight to your heart