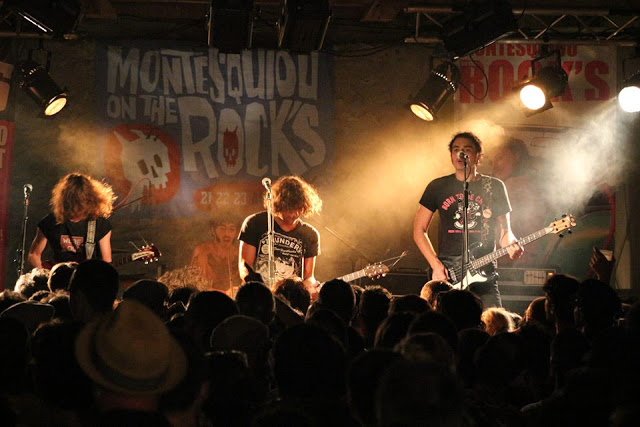 Les Lullies feature T. Boy from The Suzards, formed in Montpellier in 2016 and released their debut ep, You're Doing Wrong, on

Spanish Label Discos Meteoro (https://discosmeteoro.bandcamp.com/releases). The follow up ep, Don't Look Twice came out towards the end of 2017 on Slovenly Recordings (

Down and dirty rock n roll, garage and blues influenced punk rock is the order of the day. Trashy rock with plenty of riffs that'll have you jumping around sweating and shouting for more. They're currently touring and you can get details here : https://www.facebook.com/Les-Lullies-1766335150358340/

This is the video for one of the songs from the album, Night Club...