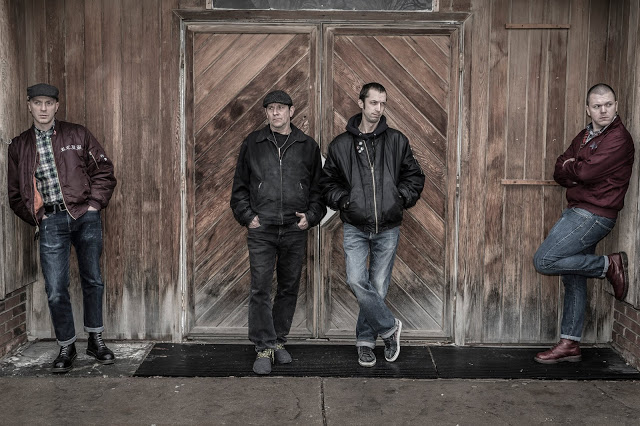 Terrence Gomes (drums). They formed in 2013 and have released the Rose City Cantos ep and a split ep with fellow countrymen Streetlight Saints. Their most recent release is an ep titled Glory.

You can get more info on the Rose City Bootboys, including details of their gig in Hamilton (at This Ain't Hollywood) on October 10th with Urban Vietcong, Barbed Wire Braces and Bring The War Home here : https://www.facebook.com/recklessupstarts/

Glory features 4 tracks, it's tuneful, working class punk that demands you sing along. The songs deal with the struggles of the working man ("fight for what is ours, tell stories with our scars"), making your voice heard ("we're going to stand up and shout, we won't be silenced"), fence sitters ("you better pick a side") and smashing the fascists ("the nazis didn't die back in '45"). You can get it on vinyl (red marbled, cream white, black) from Contra Records https://www.contra-net.com/de/ (Europe) or Insurgent Records https://urbanstrife.com/ (North America). It's also on Bandcamp :

This is the title track, a battle cry to rise up and stand together. It's called Glory...